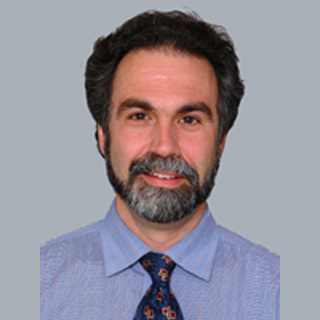 Drugs sometimes may have beneficial side effects. For instance, a glaucoma treatment seems to cause luscious eyelashes. Also, a blood pressure drug assists those with a rare genetic disease. Adding to it, scientists at the Johns Hopkins University School of Medicine are believed to have discovered a gonorrhea medicine that may help fight cancer.

The drug, acriflavine, used in the 1930s for treating gonorrhea seems to have turned out to have the earlier unknown ability to stop the growth of novel blood vessels. Preliminary tests showed that mice engineered to develop cancer appear to have no tumor growth if they were treated with injections of acriflavine every day.

Acriflavine is known to stop blood vessel growth by hindering the function of the protein hypoxia-inducible factor (HIF)-1, which was discovered by Semenza’s team in the year 1992. When HIF-1 senses that the nearby environment is low in oxygen, it may perhaps turn on genes essential for building latest vessels.

Although crucial for normal tissue growth and wound healing, HIF-1 seems to be also turned on by cancers to get hold of the oxygen they need to survive. Most notably, in order for HIF-1 to function, two subunits could possibly bind together like puzzle pieces.

“As cancer cells rapidly divide, they consume considerable amounts of oxygen. To continue growing, a tumor must create new blood vessels to deliver oxygen to the tumor cells,” says Gregg Semenza, M.D., Ph.D., the C. Michael Armstrong Professor of Pediatrics and director of the vascular program at the Johns Hopkins Institute for Cell Engineering.

Nearly all drugs appear to be incapable of preventing protein binding because the drug molecules can be much smaller as compared to the proteins they interact with. Moreover, a medicine may be needed to hit just the right spot, a vital area or pocket on the surface of one protein in order to stop it from binding to another protein.

Even though drugs that stop binding appear to be rare, they are such an effective method to stop protein function. For this reason, Semenza was noted to have determined examination of one that might block HIF-1. To do that, he turned to the Johns Hopkins Drug Library, a collection of FDA- and worldwide approved compounds in that was assembled by Liu.

For the purpose of visualizing protein binding, scientists have engineered a cell line so that when the HIF-1 subunits came together, they could be able to cause the cell to light up like a firefly. Further, they tested each of the more than 3,000 drugs in the drug library in anticipation of discovering one that could possibly turn out the light. They found that acriflavine seems to have done that and further studies confirmed that it was binding directly to HIF-1.

“Mechanistically, this is the first drug of its kind. It is acting in a way that is never seen for this family of proteins,” says study author, Jun Liu, Ph.D., a professor of pharmacology and molecular sciences at Johns Hopkins.

“In the public domain, Hopkins has the largest drug library. The more drugs you have, the more possibilities, the higher the chance you rediscover something that will help,” he adds.

Liu hopes that acriflavine may perhaps one day be included into chemotherapy cocktails, one drug among many that help fight cancer. Hopkins is seeking even more novel uses for old drugs. So far, drugs in the library are believed to have been screened for use against malaria, tuberculosis, HIV and the Ebola virus. In the future, he expects even more scientists to benefit from the library, which is continuing to grow as more drugs are added to the collection.