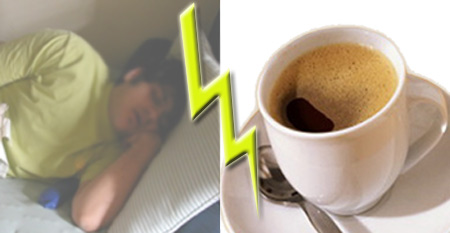 A French study has found that napping is more efficient in youngsters that coffee. No doubt, everybody needs that daily ‘cuppa’ to stay awake, but the study has proved that younger people only need to nap well and don’t really need their daily doses of coffee.

Patricia Sagaspe, of the Clinique du Sommeil at CHU Pellegrin in Bordeaux, France, conducted the study. She studied 24 people, 12 aged 20-25 n 2 age 40-50, who drove 125 highway miles in the daylight.

Then, in a test of the effects of coffee and napping on night-time driving, participants drove another 125 miles in the middle of the night after having a cup of coffee with 200mg of caffeine, a cup of decaffeinated coffee with 15mg of caffeine or a 30-minute nap.

The study found that compared to the placebo which was decaffeinated coffee in this case, both coffee and napping reduced the risk of appropriate line crossings in young and middle-aged participant.