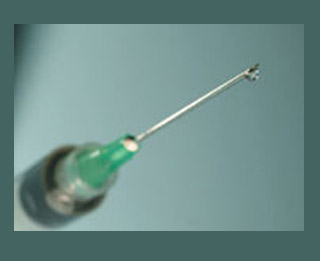 Addiction to drugs is a major problem especially among young adults worldwide. A recent study triggered by the Universities of Bristol, Cambridge and Edinburgh ascertains that opiate substitution treatment decreases the frequency of drug use and reduces the risk of death by 13 per cent annually. But the treatment was seemingly unable to decrease the overall duration of injecting.

Approximately 800 injecting drug users in Edinburgh were examined by the experts from 1980 to 2007. The findings supposedly second the long term use of opiate substitution treatment known as methadone in those who continue to use drugs. Almost one percent of youngsters in the UK are claimed to be addicted to heroin injection. Addiction to drugs hampers a person’s health and elevates the risk of death by over ten times than that of the general population.

Every year innumerable deaths are reported due to overdose of injected heroin. Moreover, injecting heroin may also transmit HIV and Hepatitis C and B viruses. Apparently, 13 deaths in injecting drug users were reported during the recent outbreak of anthrax in Scotland.

Dr Roy Robertson, a general practitioner who led the study at the University of Edinburgh, shared, “These results confirm that methadone works and works best when prescribed for as long as is needed in what is a chronic condition. The effects of methadone on long-term injection cessation will probably not be particularly surprising for experienced clinicians. Many injectors on a prescription will continue to occasionally inject though may be reluctant to acknowledge this to their doctor for fear of a punitive response. Our research shows that despite this they still gain substantial health benefits from their prescription. Suggestions that methadone prescribing should be cut back or confined to the short-term are clearly misplaced and would lead to poorer health for drug injectors.”

While examining the study participants, the experts observed that addictives prescribed with methadone seemingly decreased the frequency of injecting drugs. Yet the overall number of years of injecting appeared to extend as compared to people who received little or no methadone. The authors mentioned that both elevated risk of death and a longer duration of injecting were linked with a history of imprisonment.

Individuals addicted to injected drugs are assumed to be mainly treated with methadone or other forms of opiate substitution therapy. The experts claim that the study advances the evidence base on the natural history and impact of treating injecting heroin use in two ways. While previous studies apparently suggest that treatment improves survival over the short-term, methadone has also been assumed to decrease the risk of death by placing a faster route to full recovery and abstinence.

Although the latest study seems to save lives over the long-term, the overall duration of injecting need not be decreased. Other investigationa determine methadone and other opiate substitution treatments to lessen the risk of blood borne infections, such as HIV and Hepatitis C, and reduce drug related crime. A balance between saving lives and achieving abstinence from injecting heroin use are the assumptions for policy. Also the improvements in survival and other outcomes are suggested to elevate with length of treatment.

The study included seven hundred and ninety four people amongst whom 571 participants were still alive at the start of the follow-up and 432 were interviewed. The number of deaths was totaled to 228 i.e., 29 percent as five of those interviewed had died by the end of the follow-up. Having scrutinized primary care records, the authors followed-up 655, including the 187 who died. The scientists were unable to follow-up 139 almost 18 percent participants.

The study is published online and will be published in the 17 July issue to BMJ.