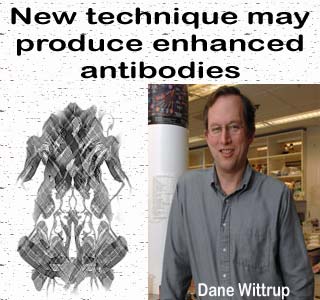 A latest discovery by the Massachusetts Institute of Technology (MIT) scientists states that unlike previous belief, apparently antibodies do not need a particular sugar attachment to effectively aid in its functionality. It appears that in future, this discovery could make the antibodies production more cost-effective and simpler.

It’s stated that therapeutic antibodies seemingly have great potential for treating various diseases including cancer. However, evidently the belief that only the mechanism of mammalian cells can build the sugar attachment is believed to have been a hurdle to their usage.

Antibodies are believed to be a crucial element of the immune system. In the body, these antibodies evidently identify the bacteria and viruses. It’s also said that each antibody is limited to a particular pathogen. On detecting the invader, the antibody seemingly couples with the pathogen, followed by its binding to the immune cells. After this, the antibodies apparently trigger the immune cells to fight against the pathogens.

Senior author of the paper, Dane Wittrup, the C.P. Dubbs Professor of Chemical Engineering, Biological Engineering, member of the Koch Institute for Integrative Cancer Research, says that, “To date, people have faced limitations in how they were going to make these antibodies because they appeared to require these (sugar) structures.”

It seems that this discovery may aid in the development of therapeutic antibodies, which may evidently be mass-produced with the help of fungi or bacteria. This procedure may seemingly prove to be more cost-effective and quicker, as compared to the use of mammalian cells for the production.

This paper is published online in the Proceedings of the National Academy of Sciences.