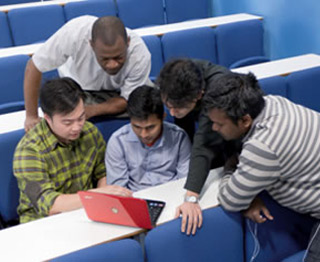 Those feeling weary and lethargic after a long day’s work can look up to this tip. As per a study conducted by London South Bank University (LSBU) scientists, one solution to tiredness may be teamwork.

A per the analysts, being worn out exposes our mind to less problem solving tendencies. Nevertheless, the negative influences of exhaustion are apparently prevented if individuals work as a team. As part of the analysis, a clan of cadets from the Territorial Army participated. They were on an ongoing 2 day winter training work out and were exposed to just 5 hours of sleep each night. They were told to solve a set of math equations using a simple method and less number of steps. They were inspected once at the beginning when they were active and then while sleepless nights and tiredness started to show its effects.

As per the outcomes, amidst the dozy army men, those who were working individually did not seem to find out the right answers than those who were proactive. They also appeared to go into an inflexible thinking state. Precisely, they were likely to opt for the the most apparent key that they have already used while sidelining the most efficient way. On the other hand, those who worked in groups presumably got hold of innovative and quicker means just like those who weren’t drained out. The investigators believe it could be because they felt encouraged and compared their result to other members of the group.

Dr Frings, a Senior Lecturer in Social Psychology at LSBU, shared “We already know that tiredness can have negative effects on an individual’s vigilance, reaction time and awareness, but this research shows that it can negatively affect problem solving too. There are obvious dangers which can stem from a lack of creative thinking in unpredictable occupations such as the military or medicine – for example, in a busy hospital tiredness could lead to misdiagnosis if linking symptoms to diagnosis became ‘routine’.

According to Frings, this study basically reveals that irrespective of the job of a person, whether a workaholic or a homemaker, being in groups will supposedly help overcome tiredness and provide a suitable way for the condition. He suggests that even if this doesn’t seem to be a way out, just taking a nap and reverting to the issue also helps.

The name of the article is ‘The Effects of Group Monitoring on Fatigue-Related Einstellung During Mathematical Problem Solving’ and is published in the Journal of Experimental Psychology by the American Psychological Association.