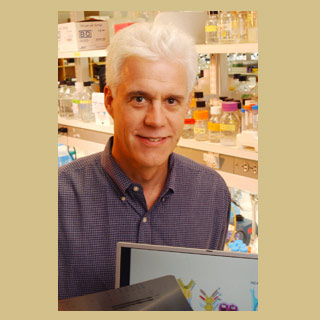 It has been known that red blood cells produced in the bone marrow from stem cells, supply oxygen to all the parts of the body. Though useful the cells may elevate the risk of stroke and blood clots when created in excess. Scientists from the UT Southwestern Medical Center believe that a minute fragment of ribonucleic acid (RNA), a chemical cousin of DNA, evokes stem cells to mature into red blood cells. The experts have apparently developed an artificial RNA inhibitor to block this process.

It was revealed that if the findings are applicable to humans, then it may benefit some cancer patients. The discovery also seems to be helpful for diseases like polycythemia vera wherein, the body develops a life-threatening abundance of blood cells. Even a medication boosting red blood cell production can be developed which can seemingly treat anemia, blood loss or altitude sickness.

“The important finding is that this microRNA, miR-451, is a powerful natural regulator of red blood cell production. We also showed that a man-made miR-451 inhibitor can reduce miR-451 levels in a mouse and block blood-cell production. We hope that this inhibitor and similarly functioning molecules might lead to new drugs against the fatal disease polycythemia vera, which currently has no therapies,” quoted Dr. Eric Olson, chairman of molecular biology at UT Southwestern and senior author of the study, director of the Nancy B. and Jake L. Hamon Center for Basic Research in Cancer and the Nearburg Family Center for Basic and Clinical Research in Pediatric Oncology.

It is known that RNA molecules found all through the cells, carry out various tasks. When microRNAs bind to and disable other types of RNA, they are probably unable to perform their functions. During the research, various forms of microRNAs were examined to ascertain their functions and therapeutic uses of artificial microRNAs. Mature red blood cells appeared to have an overabundance of miR-451. However, their function remained unknown.

In the course of the investigation, researchers developed genetically engineered mice producing miR-451. It was ascertained that mice with reduced red blood cell count were unable to produce more red blood cells even in conditions that generally stimulate production. After communicating with the RNA involved in producing a protein called 14-3-3-zeta, miR-451 is possibly able to perform its function. 14-3-3-zeta protein is believed to have a key role maturing various types of cells.

An artificial RNA was apparently designed by the experts to treat blood stem cells. This RNA is assumed to restrict miR-451, so the number of red blood cells can be lowered. Investigations are being carried to affirm if a microRNA-based drug aids in treating many blood-related ailments.

The research is published in the August 1 issue of Genes and Development.