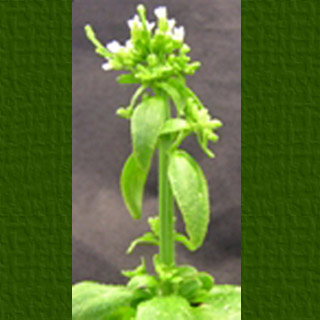 According to a team of scientists from Texas A&M University and the University of Cincinnati (UC), a common weed related to cabbage, radish and the mustard plant family may possibly provide important clues on human aging and cancer.

For the purpose of the study, the team was believed to have analyzed the telomeres of Arabidopsis, a plant found all over the world. They found a latest set of essential telomere proteins. Because of its genetic makeup, it appears to have been used for decades as a model organism for studies in the cellular and molecular biology of flowering plants.

“We found that removal of the plant telomere proteins caused rampant end-to-end joining of chromosomes and dramatic defects in plant development,” says Dorothy Shippen, professor of biophysics and biochemistry at Texas A&M. “The Cincinnati team then showed that removal of one of the human proteins from human cancer cells caused wide-spread DNA damage and complete loss of some telomeres.”

Co-author of the study, Carolyn Price, professor of cancer and cell biology at the UC College of Medicine claimed that telomeres could act as a protective cap for chromosomes. Also, these caps are required to prevent chromosome fusions. Moreover, the problems in telomere maintenance could result in diseases such as cancer, premature aging syndromes, aplastic anemia and pulmonary fibrosis.

Shippen further elucidated that, “At the very least, it will give us a better understanding of the fundamental composition of telomeres and how they function. This could give us a new window in defining the role or roles telomeres play in safeguarding our DNA.”

They later recognized the human counterpart, a discovery that could be useful in understanding human cancers and cellular aging. Telomeres are known to be located at each end of a chromosome and are made up of DNA and protein. Apparently, their main function is to protect the ends of the chromosome. However, they also play a crucial role in cell division.

Scientists were of the opinion that telomeres seem to play a key role in cellular lifespan. They further said that these findings open up novel doors on several fronts thereby leading to an ‘evolutionary bridge’ in present study on telomeres.

Price said that these findings may perhaps assist them in gaining a novel insight into how damaged telomeres block cell division. These new proteins seem to function in replication of DNA at the chromosome end. Thus, further study may also give clues into how the protective caps work when a cell divides.

The findings of the study have been published in the journal, Molecular Cell.