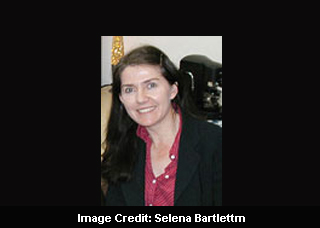 Ezlopitant is an NK1 receptor-antagonist and a class of drugs that restricts the action of substance P, a neurotransmitter which apparently plays a crucial role in the reward system. Researchers from the Ernest Gallo Clinic and Research Center share that ezlopitant which is known to reduce human craving for alcohol may lower consumption of sweetened water among rodents.

The reward system is a complex of brain structures that seemingly control cravings for alcohol and drugs. The rats consumed ezlopitant and lowered motivation to consume water sweetened with sugar, saccharin and an alcohol solution.

“This finding suggests a possible link between the neurochemical pathways for addiction and compulsive eating,” commented principal investigator Selena Bartlett, PhD, Director of the Pre-Clinical Development Group at the Gallo Center.

Researchers believe that one possible explanation is that the NK1 receptor is part of the same reward that relates obsessive cravings for sweets with cravings for drugs and alcohol.

“Substance P is released in your brain in response to certain stimuli, and needs to bind with receptors on neurons in order to have an effect,” Bartlett remarked. “The NK1 receptor is where it binds, and ezlopitant prevents that binding.”

Previous analysis revealed that NK1 receptor antagonists have been observed to lower cravings for alcohol among human beings with alcohol-use disorder.

“In our study, the decrease in the rats’ consumption of sweetened water was, in fact, even greater than their decrease in alcohol consumption. For the first time, we’ve shown that this receptor might be a target for compulsive eating. We’re looking at a potentially promising new approach to addressing pathological food addiction,” Bartlett added.

Researchers conclude by saying that the laboratory is now focused on the development of medications for human use. They anticipate that this experiment may be used on human beings soon.

These findings were published in PLoS One on September 1, 2010.