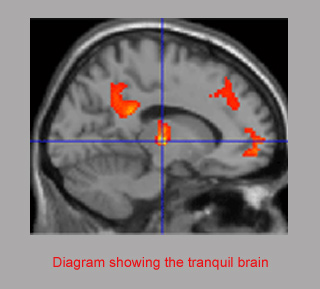 The human brain which is known to be the center of the nervous system seems to have interesting facts to unfold. A latest study led by the University of Sheffield claims that tranquil environmental scenes of natural features like the sea, positively affects the human brain function. By employing functional brain imaging, the impact of environment on brain functions was apparently monitored.

While conducting the study investigators undertook functional brain scanning. Participants were exposed to tranquil environmental scenes with natural features and man-made environments like motorways. While tranquil scenes included waves breaking on a beach, non-tranquil encompassed traffic moving on a motorway. These images were used probably because both create the same sound. With the help of brain scanning, experts measured brain activity of the study subjects.

“People experience tranquillity as a state of calmness and reflection, which is restorative compared with the stressful effects of sustained attention in day-to-day life. It is well known that natural environments induce feelings of tranquillity whereas manmade, urban environments are experienced as non-tranquil. We wanted to understand how the brain works when it perceives natural environments, so we can measure its experience of tranquillity,” quoted Dr Michael Hunter, from the Sheffield Cognition and Neuroimaging Laboratory (SCANLab) based in Academic Clinical Psychiatry within the University of Sheffield´s Department of Neuroscience.

It was noted that viewing pleasant natural scenes caused distinct brain areas to become `connected´ with one another. On the other hand, looking at non-tranquil motorway scenes disrupted the brain connections. The findings can seemingly have implications for the design of more tranquil public spaces and buildings, including hospitals. The study provides means to measure the impact of environmental and architectural features on people’s psychological state.

The study was published in the journal NeuroImage.