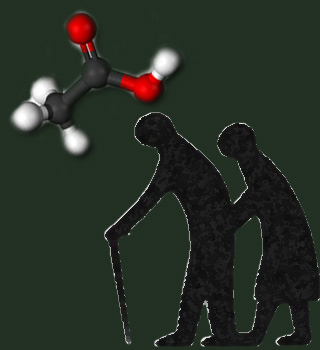 Low fitness levels in older people are more often than not responsible for giving them a number of problems particularly related to the bone. Nearly 50% of elderly women are known to face some or the other kind of fractures due to osteoporosis. A novel study now brings out in the open a dietary supplement, beta-alanine (BA) to boost overall fitness levels in older individuals along with avoiding them from breaking their bones.

Experts from the University of Oklahoma, USA reveal that the naturally-occurring dietary supplement may help improve muscle endurance in people belonging to the senior age bracket. It may particularly benefit those who suffer from brittle bone diseases. An amino acid found in the body that helps in the formation of some of the basic building blocks of muscles, BA supplementation has a wide application among athletes and body builders.

“This could have importance in the prevention of falls, and the maintenance of health and independent living in elderly men and women,” remarked Lead author of the study, Jeffrey Stout, PhD from the University of Oklahoma, USA.

“Our data suggest that 90 days of BA supplementation increases physical working capacity in elderly men and women. These findings are clinically significant, as a decrease in functional capacity to perform daily living tasks has been associated with an increase in mortality, primarily due to increased risk of falls,” add the researchers.

For the research, Stout and his colleagues clinically tested the supplement on 26 elderly men and women, the oldest of who was 92 years of age. The randomized controlled trial involved a 90-day course of BA supplementation or placebo pills. Before and after the test the subjects were examined for overall fitness levels. Interestingly researchers found that nearly 67% volunteers who were administered the supplement had a 29% increased improvement in muscle performance as against 21.5% of people receiving the placebo treatment.

According to the scientists BA in combination with histidine, forms the dipeptide carnosine in the body. The latter is found in muscle tissue and plays an important role in maintenance of intracellular pH. Critical for normal muscle function during intense exercise, intracellular pH is very important in the body. Thus if we up our intake of BA, we are in turn raising carnosine levels in the muscles.

Researchers thus recommend older people to regularly take BA supplements which may not only help them boost their muscle endurance, but also give them the ability to carry on routine tasks effortlessly by avoiding falls.

The findings are published in the Journal of the International Society of Sports Nutrition.