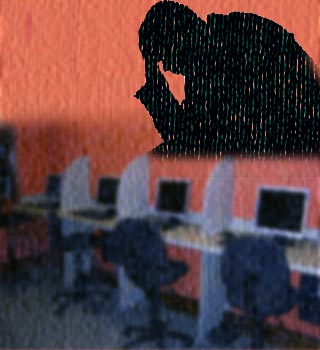 If you think visiting sites that satisfy your fetish, sex and swinging urges is normal, this could just be an eye opener. An appalling new research shows that people who are frequently on the look for cyber sex actually suffer from high levels of depression.

Even more shocking is the fact that people who seek out cyber sex typically dedicate hours a day to the hidden activity. As if this is not enough individuals indulging in this pleasure were found to be overwhelmingly male, well educated and aged between 18 and 80 years of age.

Marcus Squirrell, a doctoral student at Swinburne University of Technology in Melbourne, remarked, “We found that 27% of them were moderate to severely depressed on the standard depression scales. 30% had high levels of anxiety and 35% were moderately to severely stressed, which is of course extremely high.”

Supervisor of the research, Professor Ann Knowles asserts that these findings may have a significant clinical relevance as a large number of Australians are now seeking counselling for these kinds of problems.

The Australian research involved a survey of nearly 1325 American and Australian men. Of these more than 65% revealed to have met someone offline much after they had first encountered that person online.

The sample group showed concerning high rates of poor mental health. The researchers suggest that the more an individual draws in to online sexual activity, the higher are their degrees of depression and anxiety.

Presented at a major psychology conference, the research is the first one to show a clear picture of cyber sex surfers.