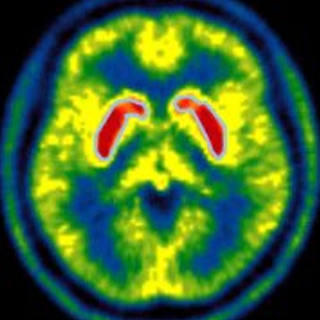 Patients with schizophrenia may experience symptoms of psychosis like an inability to distinguish between reality and imagination. Such individuals develop hallucinations and delusions. A recent study claims that two neuro – transmitters known as dopamine and glutamate are abnormal in people with psychotic illness, including schizophrenia. The findings may open doors to better drugs for schizophrenia.

Patients with schizophrenia apparently have abnormally high levels of the neurotransmitter dopamine in striatum region of the brain. Neurotransmitters also called as brain chemicals are believed to carry signals from one nerve cell to another. Available drugs to treat schizophrenia seemingly block the effects of dopamine in the brain, but fail to receive positive results from all patients and reveal severe side effects. During the study, investigators demonstrated that high levels of dopamine in people with psychotic symptoms take place because of alterations in another brain chemical known as glutamate.

Dr. James Stone of the Department of Medicine at Imperial College London, first author of the study, commented, “In healthy volunteers, there’s no clear relationship between glutamate and dopamine, but in people with early signs of psychosis, we see this abnormal relationship. This suggests that the signaling pathway between the hippocampus and the striatum is dysfunctional, and we might be able to treat this by targeting the glutamate system. If drugs that act on glutamate signaling can prevent psychotic symptoms, it would mean a real shift in the way that people are treated for schizophrenia. The next step will be to see if these results are confirmed in a larger group of people. There is already a number of promising drug candidates that interfere with glutamate signaling, so hopefully in a few years we’ll be able to start testing new treatments for people with schizophrenia.”

Glutamate-releasing cells in a brain region called the hippocampus may be connected to the striatum. These cells are assumed to create an impact on the activity of dopamine-releasing cells. So it was concluded that drugs meddling with glutamate signals in the brain possibly restrict psychotic symptoms among people with schizophrenia. Brain scans were conducted on 16 people who displayed an at-risk mental state for psychosis and 12 healthy volunteers. The scans enabled scientists to measure the levels of glutamate and dopamine. A negative link between glutamate levels in the hippocampus and dopamine levels in the striatum area appeared in patients with early signs of psychotic symptoms. A unique relation in the subjects who went on to develop psychosis later was observed. No such associations were supposedly found in the healthy subjects.

The study will be published in the journal Biological Psychiatry.