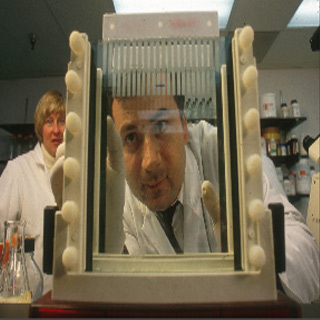 B-lineage acute lymphoblastic leukemia (ALL) may be regarded as the most common cancer suffered by children and teens. In spite of intensive chemotherapy, some patients seemingly report relapse. The following article seems to provide a remedy for overcoming this complication. A team of investigators suggest that in order to fight against radiation resistance in leukemia, a molecular target known as SYK tyrosine kinase can be attacked.

Generally relapsed patients seem to go through additional chemotherapy for a second remission followed by very intensive treatment. This treatment may comprise ‘supralethal’ chemotherapy, total-body irradiation (TBI), and hematopoietic stem cell transplantation. But radiation resistance of leukemia cells appears to damage the capability of such therapeutic approaches and results in poor survival.

“We knew that we could kill radiation-resistant leukemia cells if we only knew what made them so resistant. So we set out to determine the mechanism. Once we determined the mechanism, the next step was obvious — to rationally design a drug that would take out that specific target,” explained Dr. Fatih M. Uckun, MD, of The Saban Research Institute of Childrens Hospital Los Angeles, a professor of Research Pediatrics at the Keck School of Medicine at the University of Southern California and the lead researcher.

The investigators have apparently put forth a first proof-of-principle that radiation resistance of an aggressive leukemia can be tackled. This is possible by the employment of a rationally-designed specific drug directed against the resistance machinery of leukemia cells. Tests on mice were conducted by the scientists. It was observed that efficiency of radiation therapy against leukemia boosted when combined with the newly developed medication called C-61.