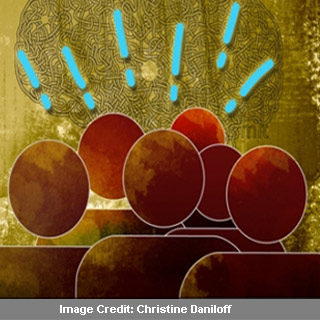 A bunch of intelligent people need not be the smartest group. Key to a genius group may not be intelligent brains coming together, but inclusion of women with social sensitivity. A latest study co-authored by MIT experts has supposedly found that group intelligence is related to social skills, taking turns, and the proportion of women in a group. The findings have greater significance in businesses and organizations.

Having examined small groups, authors concluded that those featuring the right kind of internal dynamics perform well on a wide range of assignments. It was pointed out that groups whose members had higher levels of ‘social sensitivity’ were more collectively intelligent. Social sensitivity means willingness of the group to give all its members chance for applying their skills in a given challenge. Teams with more women displayed greater social sensitivity and in turn collective intelligence, than groups including fewer women.

“We did not know if groups would show a general cognitive ability across tasks. But we found that there is a general effectiveness, a group collective intelligence, which predicts a group’s performance in a lot of situations,” elucidated Thomas W. Malone, the Patrick J. McGovern Professor of Management at the MIT Sloan School of Management, one of the authors of the paper.

Two studies were conducted wherein 699 people were placed in groups of two to five. Participants had to work on various tasks such as visual puzzles, negotiations, brainstorming, games and complex rule-based design assignments. It was observed that a group’s collective intelligence accounts for 30 to 40 percent of the variation in performance. Experts also noted that performances of groups were not primarily due to individual abilities of the group members. In order to affirm this, participants were made to perform similar tasks individually. Average and maximum intelligence of individuals was probably unable to anticipate performance of their groups.

Malone highlighted, “Social sensitivity has to do with how well group members perceive each other’s emotions. In groups where one person dominated, the group was less intelligent than in groups where the conversational turns were more evenly distributed.”

Participants were made to wear electronic badges for recording their interactions. These badges apparently provided an entire record of a group’s conversational patterns and inclination to take turns. Having thoroughly scrutinized the data, experts conclude that number of women in a group has significant predictive power. It was revealed that a group’s intelligence may be affected by several factors such as social sensitivity, norms, and motivations of group members, including the composition of a group. Further investigations can be initiated for applying this theory on performing high-stakes or high-risk situations.

The study was published on Thursday, September 30, in the advance online issue of the journal Science.