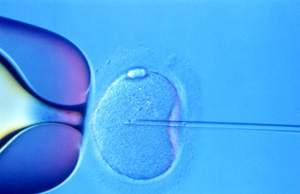 A new study has alarmingly found that more than 90 per cent of women undergoing fertility treatments may be getting the wrong doses of fertility drugs meant to stimulate their ovaries.

The researchers state that this not only means that the drugs may not work properly, but also that they may be exposing women to a greater risk of side effects.

During each menstrual cycle, women usually release one egg. The number is however increased during IVF, by giving them drugs. The eggs are then collected surgically.

Geoffrey Trew of Hammersmith Hospital in London and his colleagues used a ‘dose calculator’ to check the dose given to a woman according to her age, body mass index, the estimated number of eggs left in her ovaries, and levels of a hormone called FSH that triggers egg development.

When 113 of the women were then given the right dose, an average of 10 eggs was harvested.

‘That is the ideal number of eggs you would be looking for,’ the New Scientist quoted Trew, as saying.

The findings of the study were presented at a meeting of the European Society for Human Reproduction and Embryology in Lyon, France, last week.