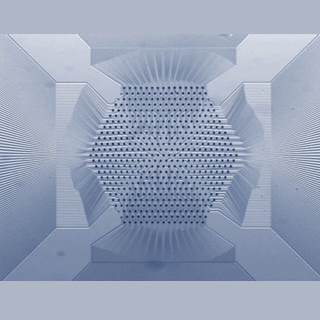 The world around is colorful and delightful, but ever wondered how it’s possible to see things in color? Well, this piece of discovery seems to have unsolved the mystery. Scientists from the Salk Institute for Biological Studies in California and the University of California have apparently mapped out the neural circuitry of processing color vision in humans. Through the sophisticated recording equipment, a probable way of how various cone photoreceptor cells within the retina communicate with the output cells to build up a color picture was revealed.

Experts developed the 519-electrode array for measuring activity in the examined cells. The retina, a layered structure of neural tissue with input cells (photoreceptors), processing cells and output (ganglion) cells is known to be pivotal in providing vision. Photoreceptors are probably made up of two types called rods and cones. These photoreceptors may see in black and white and color respectively. Color perception may arise from the comparison of signals generated by different cone cells. These cone cells supposedly differentiate between wavelengths (colors) of light. The way signals are combined by the retina and transmitted through the ganglion cells to the brain has been controversial since decades.

While conducting the research, investigators focused on a pattern of connectivity between the cone receptor cells and the ganglion cells. Dr. Keith Mathieson, a research fellow within the in the School of Physics and Astronomy at the University of Glasgow but at present based at Stanford University and the University of California Santa Cruz, and colleagues noted that the system can record neural signals at high speed which is about ten million samples each second. Along with high speed the system also seems to provide fine spatial detail for distinguishing even a locally complete population of the tiny and densely spaced output cells known as ‘midget’ retinal ganglion cells. Scientists were possibly able to measure the retinal output signals of hundreds of cells simultaneously and create a map of the input-output relationship at an unprecedented resolution and scale.

The research is published in the latest edition of the journal Nature.