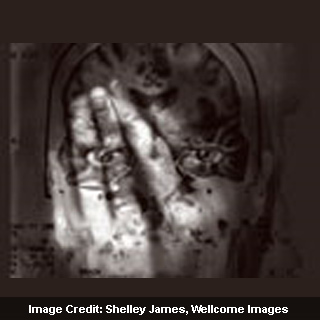 In spite of innumerable theories available at hand, treating dyslexia may not be possible but new investigations can be beneficial. Researchers from the University of Oxford have discovered a probable genetic variant than decides whether a dyslexic is more skilled with the left or right hand. It was suggested that handedness is associated with the language-related disorder.

Most people in the world are right-handed apparently because the left side of the brain manages the right side of the body, and vice versa. So, for most people the left hemisphere of the brain seems to be the dominant side of motor functions. Those with left-hemisphere dominance for language function presumably have damaged areas in the left side of their brain. At the time of the study, genomes of 192 children with reading difficulties were scanned and skills of left as well as right hand measured.

Professor Tony Monaco, lead investigator, added, “This study provides the first genetic link between handedness, brain asymmetry and reading ability. Despite the known biological function of PCSK6, this is the first study implicating it with handedness. The fact that this association also seems to be apparent in people with dyslexia provides an interesting clue to explore whether there is a link between handedness and language-related disorders.”

A considerably strong link between the variant of a gene known as PCSK6 and relative hand skill in study subjects appeared. Participants with PCSK6 on average reported more skill in right hand than left as compared to those without the variant. PCSK6 apparently interacts with another protein termed as NODAL, which is supposedly important for acquiring left-right asymmetry early in embryonic development. Genetic variants of PCSK6 probably have an effect on the initial left-right patterning of the embryo that in turn influences the development of brain asymmetry, and thus handedness.

The study is published online in the journal Human Molecular Genetics.