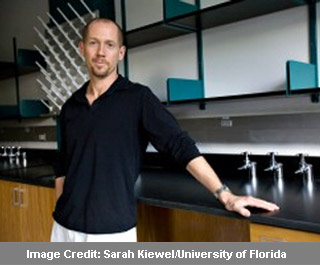 Mathematics may a subject that is difficult to comprehend by many people, but it appears extremely helpful in the battle against cancer and various ailments. Researchers from the University of Florida have now crafted a series of mathematical steps that determine how quickly stem cells multiply. The research findings can possibly help develop cancer treatments as well as stem cell therapies for Alzheimer’s, Parkinson’s and other diseases.

At the time of the research, scientists focused on building up an algorithm that ascertains the rate at which stem cells and cancer stem cells divide. Tissues are known to heal and regenerate due to stem cells, but this process apparently fails to eliminate cancer completely. In the current investigation, experts introduced a mathematical interpretation of neurospheres, which are a tiny collection of brain cells including stem cells and their progeny at different stages of development.

“Math is going to be the new microscope of the 21st century because it is going to allow us to see things in biology that we cannot see any other way. Stem cells and the cells that drive cancer may be as infrequent as one in 10,000 or one in 100,000 cells. The problem is how do you understand the biology of something whose frequency is so low?” remarked Brent Reynolds, an associate professor of neurosurgery at UF’s McKnight Brain Institute and a member of the UF Shands Cancer Center.

Having tested the efficacy of this mathematical approach in brain tumor and breast tumor cells, investigators were able to gauge the speed at which stem cells increased by number. It was mentioned that the experiments on brain tumor and breast tumor cells were initiated in cultures and mice. The newly found method can possibly enable scientists to evaluate the malignant stemlike cells and design better therapies for diseases.

The research is published in the online journal PLoS ONE.