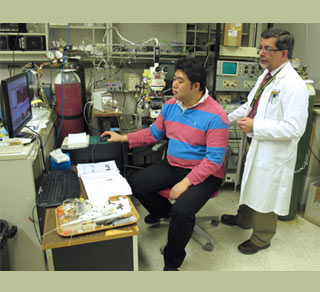 A drug believed to treat diabetes may have significance for fighting Alzheimer’s too. If researchers from the Faculty of Medicine and Dentistry at the University of Alberta are to be believed, then the drug AC253 tackling diabetes can also be used against Alzheimer’s disease. This medication apparently blocks the toxic effects of beta amyloid protein that gets deposited in large quantities within the brains of Alzheimer’s patients.

“From the point-of-view of therapies, it may open up some new avenues for us to explore in terms of treatment for Alzheimer’s disease. I think patients with this condition, their families and caregivers, live on a word called ‘hope’ and this is a type of a discovery that engenders that hope, that ignites that hope and that keeps it burning,” shared Jack Jhamandas, of the faculty’s Division of Neurology.

Scientists observed that the genes that could be silenced were not everywhere in the brain. Areas of the brain responsible for memory, learning and cognition apparently had large quantities of these genes and the toxic protein. Additional investigations will be undertaken to inject a compound into the brains of lab models and see whether learning and memory problems can be halted or averted.

The research was published in the peer-reviewed American Journal of Pathology in January.