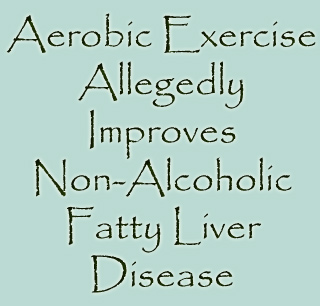 Just last week we reported about an investigation which pointed out that walking on a treadmill at low intensity for 50 minutes can significantly help Parkinson’s disease patients. Well, here is another piece of information that further highlights the probable benefits of simply legging on a treadmill. According to a groundbreaking study, walking on a treadmill for one hour a day can slow the progression of nonalcoholic fatty liver disease in obese people with prediabetes.

Performing aerobic exercise may stimulate metabolism and decrease the oxidative damage caused by the condition. This conclusion was drawn after evaluating 15 obese people diagnosed with nonalcoholic fatty liver disease. It was suggested that daily walks elevate insulin sensitivity and improve the liver’s polyunsaturated lipid index (PUI), which is thought to be a marker of liver health.

These improvements are supposedly associated with an increase in the hormone adiponectin. Presumably, adiponectin influences the body’s response to insulin and correlates with a declined threat of heart attack because of its anti-inflammatory properties. However, obese people often have low levels of this hormone.

“We were able to correlate changes in adiponectin with PUI and the body’s resting energy metabolism. The latter gives us an indication of whether carbohydrate or fat is being metabolized. After exercise, the participants were burning more fat,” remarked Jacob M. Haus, PhD, research fellow in the Department of Pathobiology at the Cleveland Clinic’s Lerner Research Institute.

During the study, those who walked on a treadmill allegedly had 85 percent of their maximum heart rate for 1 hour per day for 7 consecutive days. Authors then measured the participants’ body composition, respiration, insulin sensitivity, and PUIs before and after the 7-day program. Also the participants’ plasma glucose, insulin and adiponectin were tested. Subjects were provided with oral glucose tolerance tests (OGTTs) for gauging how quickly glucose is cleared from the blood. In the OGTTs, mononuclear cells were isolated from the participants’ blood to evaluate whether these cells were producing molecules called reactive oxygen species (ROS).

It is assumed that high levels of ROS are triggered by oxidative damage to tissue. On completion of the study, participants’ PUIs had reportedly increased an average of 84 percent. They also registered a rise in insulin sensitivity, heightened adiponectin and a reduction in the production of ROS, even after their OGTTs. Scientists believe that exercise can influence the cumulative metabolic risk factors for the progression of nonalcoholic fatty liver disease.

The study was presented at the Experimental Biology 2011 meeting (EB 2011), being held April 9-13, 2011 at the Walter E. Washington Convention Center in Washington, DC.