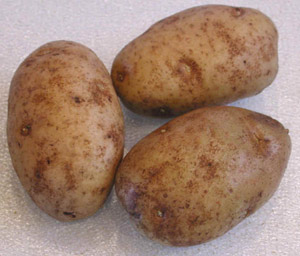 Did you know that eating potatoes could be beneficial for your immune system? Well, at least that’s what a study conducted by Spanish researchers says.

Potato which is known for its richness in vitamin C, B-complex vitamins and has good doses of minerals like iron, calcium, manganese, magnesium and phosphorus, has long been considered good for one’s bowel health.

According to the researchers, potatoes are believed to be good for the immune system, especially if it is eaten cold or in a salad.

The scientists carried out a study where they fed growing pigs large quantities of raw potato starch for over 14 weeks. They found that the pigs had healthier bowels.

They also found that the pigs had decreased levels of white blood cells- such as leucocytes and lymphocytes in their blood, which means that their immunity had increased.

The general decrease in leucocytes observed by the researchers suggests an overall beneficial effect, according to immunology expert Lena Ohman at the Department of Internal Medicine, Göteborg University, Sweden.

José Francisco Pérez, the lead researcher from the Universitat Autònoma de Barcelona said, “The use of raw potato starch in this experiment is designed to simulate the effects of a diet high in resistant starch.”

Humans do not eat raw potatoes, but they do eat a lot of foods that contain resistant starch, such as cold boiled potatoes, legumes, grains, green bananas, pasta and cereals.