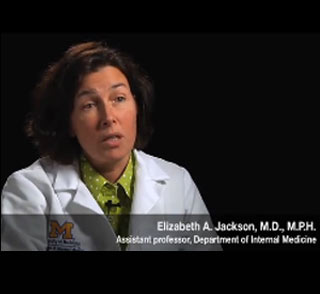 It is a commonly held belief that older women are more prone to death while being treated for a heart attack. Well, this piece of information seems to have something else to say. A groundbreaking study led by the University of Michigan Cardiovascular Center claims that gender is not involved in the risk of dying from treatment for a severe heart attack. It was suggested that older women are more likely to suffer from co-morbidities at the time of treatment, and therefore the rate of death among them appears high.

As a part of the study, investigators scrutinized the outcomes of 8,771 patients undergoing a procedure for an acute ST-elevation myocardial infarction, commonly known as a severe heart attack. It was pointed out that women apparently had higher in-hospital mortality rates than men. Thanks to the advancement in technology, such incidences among women have possibly been declined to a great extend. The study compared the results of men with that of the older women.

“When we adjusted for factors such as age and co-morbidities like hypertension and diabetes, women had similar mortality rates at the time of the heart attack as men,” quoted study lead author Elizabeth Jackson, M.D., M.P.H., an assistant professor of internal medicine at the U-M Health System. “But women still appear to be more likely to have a bleeding episode in the hospital that requires a transfusion or vascular complications.”

Women allegedly account for about one-third of patients who undergo procedures like percutaneous coronary interventions to clear the clogged arteries causing a heart attack. On completion of the five-year study, scientists registered tremendous overall improvements in the care of both men and women. It was concluded that women subjected to an angioplasty seemingly had higher unadjusted in-hospital heart attack deaths. However, such differences are probably associated with women’s ages and additional health problems, not gender.

The study is published in the American Heart Journal