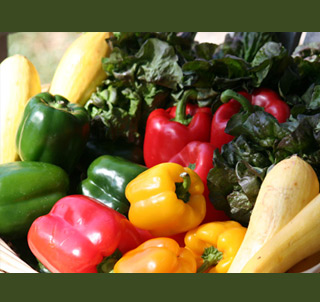 Metabolic syndrome may be defined as exhibiting at least three out of five total risk factors such as high blood pressure, increased HDL cholesterol, high glucose levels, elevated triglycerides, and an unhealthy waist circumference. It now appears that individuals following a vegetarian diet have a 36 percent reduced threat of metabolic syndrome than non-vegetarians. On that note, scientists from the Loma Linda University claim that vegetarians with decreased metabolic syndrome have less risk of developing heart disease, diabetes and stroke.

During the study, investigators examined more than 700 adults randomly sampled from Loma Linda University’s Adventist Health Study 2. This smaller sub-study contained 35 percent subjects that were vegetarians. The vegetarians and semi-vegetarians, on an average, were 3 years older than non-vegetarians. In spite of their slightly older age, vegetarians apparently had lower triglycerides, glucose levels, blood pressure, waist circumference, and BMI. Those who were semi-vegetarians presumably had a dramatically lower BMI and waist circumference than subjects who ate meat more regularly.

It was pointed out that metabolic syndrome may be prevalent in 25 percent vegetarians, 37 percent semi-vegetarians and 39 percent non-vegetarians. The study outcome was affirmed after adjusting for factors like age, gender, race, physical activity, calories consumed, smoking and alcohol intake. In conclusion, Nico S. Rizzo, PhD, lead investigator and colleagues mentioned that diet can enhance most of the main cardiovascular risk factors that are part of metabolic syndrome.

The study is published in the journal Diabetes Care.

Seasonal allergies good for the body?