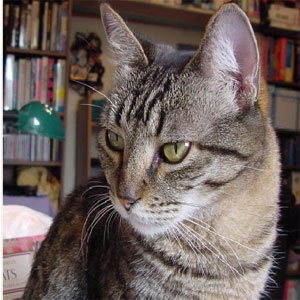 Alternative therapies have become really popular today and a lot of studies have been done to test their authenticity. Now, a new study has suggested that owning a cat could help the owner reduce the risk of heart attack or other types of cardiovascular diseases.

This study was conducted by researchers at the University of Minnesota’s Stroke Research Center or around 4,435 people who fell in the age group of 30-75.

The study found that the heart attack risk of the cat owners was cut by as much as 40% compared to those who had never owned one. The risk of death from other cardiovascular diseases was also cut by 30% in those who owned cats.

According to the researchers, cats tend to reduce their owners’ stress and anxiety. These have been linked to heart attacks and strokes for a while now.

Even though the study was limited to just cats, the concerned scientists are very enthusiastic about this discovery and said that it was a new concept that linked pet ownership to health issues.

The study’s researchers also pointed out that pet ownership could prove to be a much better alternative to some types of medical intervention. Moreover, it also is a very cost-effective treatment which involves very low risks, unlike other treatments available today.