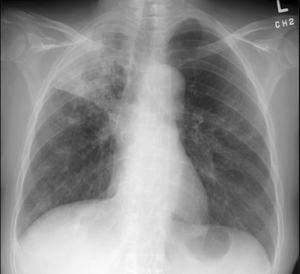 UK Scientists have discovered the mechanism by which the body kicks the immune system into action against tuberculosis (TB). The cause of TB is a slow-growing bacterium known as Mycobacterium tuberculosis. When it invades host cells, they call up for additional immune cells such as lymphocytes, and try to limit the damage which the bacteria can cause.

In the new research, a team of scientists from Imperial College London, the Universities of Cambridge and Oxford, and other international institutions has identified a receptor on the host cells called CCR5, which triggers the immune cells’ response to TB.

The researchers demonstrated that the absence of CCR5 receptor let mycobacteria thrive inside host cells, as the immune cells did not receive the signal from it to attack them.

Writing in the journal ‘Science’, the authors have expressed hopes that their findings could enable a novel vaccine or immunotherapy to be developed that could artificially kick the immune cells into action in the same way as CCR5.

The BCG vaccine and other treatments which are used for controlling TB presently do not offer optimal protection, and the whole treatment requires at least 6 months medication.

“These results describe a novel mechanism whereby Mycobacterium tuberculosis communicates with the human immune system. Another piece of this complex jigsaw has been filled in, which will help us to target TB with very specific drugs or vaccines,” said Dr. Beate Kampmann, the Wellcome Trust Centre for Clinical Tropical Medicine and the Department of Paediatrics at Imperial College London.

“We can now test potential vaccines or drug candidates for the desired effect, as we understand better how they should act,” he added.

The scientists also believe that their findings are important for developing new dugs to combat HIV, as the CCR5 receptor plays an important role in HIV-infection.

TB has been a big problem for individuals with HIV, as their weakened immune system renders them highly susceptible to this disease.