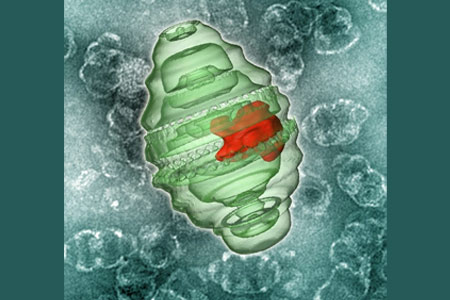 Over the past years, scientists have been surrounded by challenges to administer therapeutics in a way that boosts their effectiveness by targeting specific cells in the body while minimizing their potential damage to healthy tissue. On that note, UCLA researchers have now developed new methods that use engineered nanomaterials to transport drugs and release them directly into cells. The research findings apparently have great significance in the health section.

Vault nanoparticles present in the cytoplasm of all mammalian cells appear as one of the largest known ribonucleoprotein complexes in the sub-100-nanometer range. A vault may be essentially barrel-shaped nanocapsule with a large, hollow interior. The ability to encapsulate small-molecule therapeutic compounds into vaults seems to be important to their development for drug delivery. Recombinant vaults are non-immunogenic and have reportedly gone through significant engineering, including cell-surface receptor targeting and the encapsulation of a wide variety of proteins.

“A vault is a naturally occurring protein particle and so it causes no harm to the body. These vaults release therapeutics slowly, like a strainer, through tiny, tiny holes, which provides great flexibility for drug delivery,” highlighted Leonard H. Rome, CNSI associate director and a professor of biological chemistry.

The internal cavity of the recombinant vault nanoparticle is probably large enough to hold hundreds of drugs that can be easily taken up into targeted cells. The idea behind creating a vault capable of encapsulating therapeutic compounds for drug delivery is coming up with a strategy to package another nanoparticle, known as a nanodisk (ND), into the vault’s inner cavity, or lumen. By packaging drug-loaded NDs into the vault lumen, the ND and its contents can be supposedly safe guarded from the external medium.

In conclusion, it was asserted that vaults have a broad nanosystems application as malleable nanocapsules. The recombinant vaults are purportedly engineered to encapsulate the highly insoluble and toxic hydrophobic compound all-trans retinoic acid (ATRA). They can be presumably devised through a vault-binding lipoprotein complex that forms a lipid bilayer nanodisk.

The research appearing online will be published in the May 23 print issue of the journal Small.