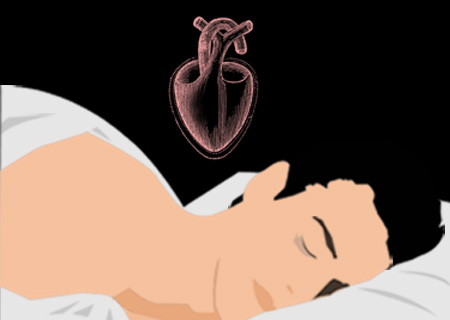 People suffering from obstructive sleep apnea may seemingly have an additional health problem to worry about. It has been stated that periodic interruptions in breathing while sleeping at night may increase the sufferer’s risk of developing heart diseases.

A team of experts have now successfully detected the enzyme which seems to be crucial for the effects of sleep apnea on the blood vessels in the lungs. They have zeroed-in on the enzyme NADPH oxidase as the culprit. This discovery was made by the researchers from the Emory University.

Obstructive sleep apnea is stated to be a sleeping disorder which may be characterized by breaks or pauses in breathing during sleep. It has been estimated that 1 out of every 50 people may be suffering from this disorder in America. This disorder is believed to usually be treated with mechanical application of air pressure.

Researcher C. Michael Hart, professor of medicine at Emory University School of Medicine and Atlanta Veterans Affairs Medical Center, says that blunting the effects of sleep apnea on the blood vessel physiology could perhaps be helpful in lowering its effect on the risk of diseases.

These experts have further stated that by periodically providing less oxygen to rats in a way that simulates obstructive sleep apnea may give them pulmonary hypertension. This process of intermittently providing less oxygen is known as “chronic intermittent hypoxia.” It was further noted that chronic intermittent hypoxia compels the lung blood vessels to produce more NADPH oxidase. Therefore the rats which don’t have the NADPH oxidase are believed to be resistant to the effects of hypoxia.

The researchers have further stated that people deprived of NADPH oxidase, due to their weakened ability to fight bacteria, usually may have to experience frequent bacterial infections. Therefore these experts feel that lowering NADPH oxidase throughout the body may prove to be disastrous. Thus they have concluded that by adopting techniques where the NADPH oxidase is reduced via hypoxia, could prove to be a helpful alternative in avoiding hypoxia-stimulated pulmonary hypertension.

These findings have been published in the American Journal of Respiratory Cell and Molecular Biology issue.