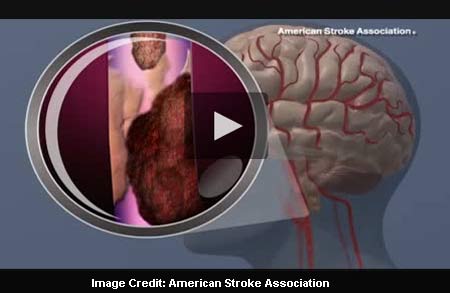 Of the various risk factors we’ve been seeing lately with respect to stroke, those related to inheritance or genes are the least controllable. A new study by experts at the American Heart Association (AHA) has shown that the chances of encountering stroke are almost 60% or more if a sibling has experienced the same.

For the trial, medical data between 1987 and 2007 was analyzed. For every case of stroke, the scientists observed if a brother or sister suffered from it too. They found that almost 94% of persons seemingly suffered from stroke at the age of 55 or less, if their siblings had been through one around the same age.

“Health professionals should pay as much attention to a family history of stroke in siblings as in parents, and make patients aware that a genetic predisposition exists. The gender of either sibling did not influence the stroke risk,” commented Erik Ingelsson, M.D., Ph.D., senior author of the study and professor of cardiovascular epidemiology at the Karolinska Institutet in Stockholm, Sweden.

Full siblings of stroke patients appeared to face 64% more chances of the same, while the risk factor was almost 61% higher, regardless of the type of sibling. In case of half-siblings, the risk was apparently 41% more.

Though most would infer that genetics come into play in these outcomes, it is not necessarily that way, the scientists say. Family members usually share the same lifestyle habits, which could also be responsible for this kind of stroke predisposition.

The report is published in the journal, Circulation: Cardiovascular Genetics.