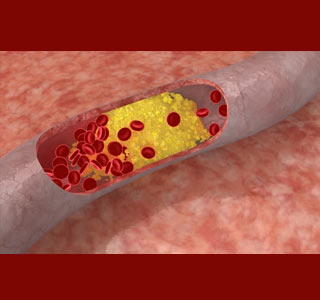 The so-called ‘bad cholesterol’ scientifically termed as low-density lipoprotein (LDL) apparently has a good side too. An astonishing study commenced by the Texas A&M University suggests that LDL is beneficial for the human body. It was affirmed that both LDL and HDL are equally essential for leading a healthy life.

In this study, 52 adults from ages 60 to 69 years had been evaluated. Even though these subjects enjoyed good health, they were not physically active and didn’t attend any training program. After fairly vigorous workouts, participants who had gained the most muscle mass apparently had the highest levels of LDL. Hence, a certain amount of LDL may be required to gain more muscle mass. LDL is considered ‘bad’ as it seemingly builds up in the walls of arteries, which often leads to heart disease and heart attacks. HDL, on the other hand, supposedly helps in removing cholesterol from arteries.

“The bottom line is that LDL – the bad cholesterol – serves as a reminder that something is wrong and we need to find out what it is,” added Steve Riechman, a researcher in the Department of Health and Kinesiology. “It gives us warning signs. Is smoking the problem, is it diet, is it lack of exercise that a person’s cholesterol is too high? It plays a very useful role, does the job it was intended to do, and we need to back off by always calling it ‘bad’ cholesterol because it is not totally bad.”

However, both the forms of cholesterol are equally important. LDL too serves a very useful purpose. It is believed to act as a warning sign that something is wrong and signals the body towards these warning signs. Everyone requires a certain amount of both LDL and HDL in their bodies to survive.

The study is published in the Journal of Gerontology.