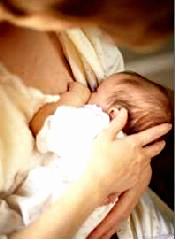 Breastfeeding is the natural next step after pregnancy and is an extremely special and precious gift from a mother to her baby.

The study, which has been published in the Archives of Disease in Childhood, analyzed more than 3000 children from 16 rural and urban areas across England and Scotland who were monitored from birth as part of the Boyd Orr Study of Diet and Health in Pre-War Britain (1937-1939).

The study results are based on 1414 people for whom information on breastfeeding in infancy and social mobility between childhood and adulthood was available.

The frequency of breastfeeding varied from 45 per cent to 85 per cent, but was not dependent on household income, expenditure on food, number of siblings, birth order, or parental social class in childhood.

However those who had been breastfed as babies were 41 per cent more likely to move up the social class hierarchy than adults who had been bottle fed in their childhood.

The results further showed that the longer a child was breastfed, the greater were their chances of upward mobility.

The authors suggest that the findings might be explained by the recommended advantages of breastfeeding on brain development, which might then lead to better exam and job opportunities, and greater earning potential. However, the likelihood that other socio-economic factors related to having been breastfed may explain the apparent benefits too.

Lead researcher Dr Richard Martin said: “We thought that if breastfeeding increased IQ and health in the long-term, it may also have an impact on social status.

“The question is whether that’s an effect of the breastfeeding – something to do with the biological process which has an effect on brain development, or about the activity itself – such as improved bonding with mother, or that people who were breastfed were raised in a better social environment.”