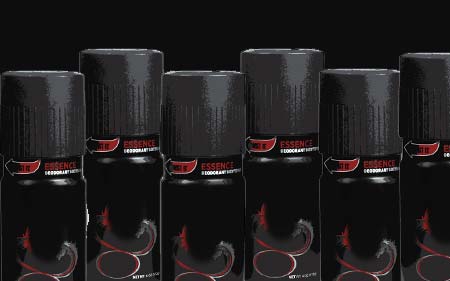 Most cosmetic products in use today such as deodorants, antiperspirants, moisturizers, shaving gels, make-up, body lotions and sunscreens constitute a class of chemicals called Parabens. In a startling observation, scientists from the University of Reading have found parabens in breast tissues of women.

In the study, about 40 human breast specimens were analyzed and the proportion of parabens in the samples was measured. The tissues were attained from 40 women who underwent mastectomies between 2005 and 2008 for first stage breast cancer. Four samples were collected from each woman which accounted for nearly 160 specimens in total. All serial locations from the area near the armpit to the breast bone were covered in the samplings.

The results showed that approximately 99% of the tissue samples apparently comprised a minimum of 1 paraben, while 60% contained 5 of them. The team was concerned if the presence of parabens was related to the progression of cancer in any way. This is presumably because parabens have a potential to replicate the female hormone estrogen that plays a major role in accelerating advancement of tumors.

Dr Philippa Darbre, of the School of Biological Sciences specified, “These results are of concern because parabens have been shown to mimic the action of the female hormone oestrogen and oestrogen can drive the growth of human breast tumours. Many of the concentrations of the parabens measured in these breast tissues would be sufficient to drive the growth of oestrogen-dependent human breast cancer cells in the laboratory.

7 of the women possessing parabens denied using any sort of deodorant, which implied that the latter invaded the breast tissue from alternative sources. Parabens could not be held responsible for breast cancer, but their presence in so many breast samples justified the investigation, the scientists believed.

The study titled, ‘Measurement of paraben concentrations in human breast tissue at serial locations across the breast from axilla to sternum’ is published in the Journal of Applied Toxicology.