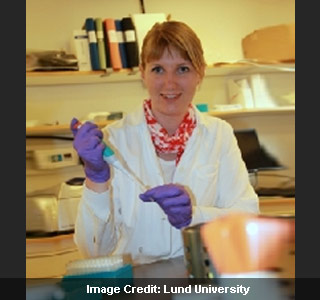 Gut floras are in for some scrutiny. It is believed by many that poor gut flora may increase obesity. According to a research conducted by scientists at Lund University, healthy gut flora appeared to bring the opposite effect and apparently helped reduce obesity. The result was based on a test conducted on rats.

The gut flora in this case is Lactic acid bacteria, also known by an alternate name Lactobacillus plantarum HEAL19. It seemed to be able to prevent obesity and keep the body’s low level inflammation at a normal rate.

“Rats who were given this specific lactic acid bacterium from their time in the uterus up to adult age put on significantly less weight than other rats. Both groups ate the same amount of high-energy food”, mentioned Caroline Karlsson, a researcher in food hygiene at Lund University.

Better and rich compositions of bacteria that develop naturally in the intestines appeared to be present in the gut of the rats that consumed lactobacilli. A large proportion of good bacteria such as lactic acid bacteria are the signs of a healthy gut flora that help to keep a tab on the inflammation-causing bacteria. A third set of rats were made to drink water containing Escherichia coli bacteria that cause inflammation along with the same healthy food like the other rats. The E -coli supplement seemed to result in changes in the gut flora and appeared to increase obesity.

As part of an examination, the first faeces of 79 vaginal born children were observed. There are no microorganisms in the intestine of a foetus as it lives in a sterile surrounding. But the mother’s vaginal tube does contain lactobacilli which are possibly swallowed by the baby. It was the gene based technique that brought to light that new born babies up to 2 days that were born vaginally seemed more likely of having lactobacilli in their gut flora. It was also found that babies, who had inflammation causing bacteria like e-coli in their gut, probably had higher chances of more fat in comparison with babies having a normal weight.

Karlson further commented that a child’s well being in later stage of life could possibly be traced back to the gut flora present in the body right from the time of birth. This finding was based on the result of examining children having allergic eczema when they were 18 months old. It was found that children who had lower diversity in the gut flora when they were 1 week old appeared more prone to the development of allergic eczema as seen in 18 months.

In another research on rats it was found that the health of the young one seemingly depends on the diet and bacteria consumption of the mother. It was found that female rats which were given a balanced diet during their pregnancy seemed to give birth to young rats with normal fat. On the other hand mothers that were fed high energy diet apparently had young ones with more fat and high levels of inflammation.

The research is published in the British Journal of Nutrition.