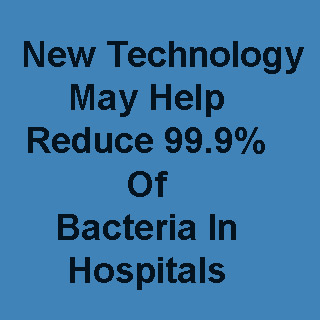 Though a hospital is the safest place to be in at the time of an illness, it ought to be infected with certain pathogens. A study conducted by a set of scientists at Memorial Sloan Kettering Cancer Center in New York, the Medical University of South Carolina, and the Ralph H. Johnson VA Medical Centre, both in Charleston, presented that usage of antimicrobial copper surfaces in ICUs apparently led to 97% decrease in bacteria, that leads to hospital acquired infections. The study also put forth that the aforementioned method seemingly lowers risks of an infection by 40%.

The study’s paramount aim was to gauge the efficiency of antimicrobial copper in lowering the number of infection causing bacteria in hospitals and to affirm if it would eventually lead to reduction of risks accompanying such infections. The study progressed as the scientists replaced commonly touched items like beds, tray tables, calling switches and IV poles with antimicrobial copper versions. It came to fore that the lowering rate of antimicrobial coppers appeared rather similar to the one attained by ‘terminal cleaning’ of hospital rooms.

Dr. Michael Schmidt, Professor and Vice Chairman of Microbiology and Immunology at MUSC, who presented the results at ICPIC, shared, “Bacteria present on ICU room surfaces are probably responsible for up to 80 percent of patient infections, demonstrating how critical it is to keep hospitals clean. The copper objects used in the clinical trial lowered microbial levels and supplemented cleaning protocols.”

Hospital patients stand a 1:20 risk of acquiring an infection and death thereafter. Distinct laboratory trials have presented that a 2 hour exposure of antimicrobial copper version of daily utility commodities when regularly sanitized, apparently kill 99.9% of bacteria. The bacteria that are supposedly destroyed in the process are MRSA, VRE, Staphylococcus aureus, Enterobacter aerogenes, Pseudomonas aeruginosa, and E. coli O157:H7.

The findings were presented at the World Health Organization’s 1st International Conference on Prevention and Infection Control (ICPIC) in Geneva, Switzerland.