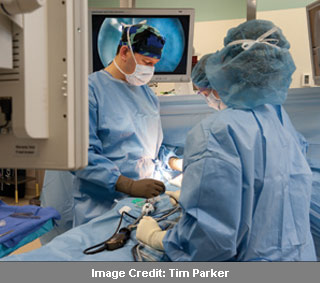 Weight loss surgeries are often regarded as expensive and with temporary benefits. However, setting aside all such stances, scientists from Washington University School of Medicine in St Louis have revealed that bariatric surgery seems to be a cost-effective option for treating severe obesity as well as for persons who are mildly over-weight. The study appears to be in favor of making bariatric surgery an option for all.

It was found that patients who underwent the surgery apparently experienced long term advantages related to weight gain and also faced less medial issues linked to obesity. Apart from being cost-efficient, the surgery is touted to be helpful to very obese patients who also have other associated problems like diabetes, heart disease and high blood pressure too.

As per National Institutes of Health (NIH) guidelines, individuals eligible for bariatric surgery ought to have a body mass index (BMI) of 40 or higher or a BMI of 35 to 40 in case they also suffer from conditions related to obesity. Insurance companies support patients only if they conform to this criterion.

Cost estimates for bariatric surgery range from $20,000-$25,000 for the initial treatment and are not inclusive of the follow-up care. In the United States any amount less than $50,000 for an extra year of life is regarded as cost-effective. As part of the analysis, the scientists examined information from 170 studies to gauge the efficacy of the surgery. The studies that were included measures a minimum of one health benefit like weight loss or quality of life and so on.

They drew a comparison between people who underwent the surgery with the persons who did not face the operation. As far as persons who are very obese, those who have BMI almost greater than 50, the cost analysis shows that the expense per quality-adjusted life year (QALY) is apparently negative. This unfolds that the cost incurred due to bariatric surgery in the course of a lifetime appears to be less than the costs due to health care not including the process.

For people with severe obesity the cost per QALY is nearly $1,900 and those who have obesity-related diseases. People who are otherwise healthy have to spend about $3800 for the operation. Among mildly obese individuals with BMI of 35-40, the expenses per QALY are almost $2400 for those with associated disorders and who are devoid of other related problems have to shell out $3900. Thus cumulatively, for healthier and less obese patients the expenses appear to be well below the $50,000 benchmark.

The study is published in the journal Maturitas.