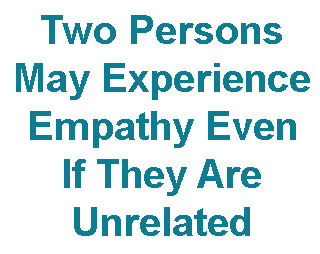 Empathy is usually considered to be a specific attribute present in certain individuals. However, not many know that it may be an attitude inbuilt in humans. As per a new study from USC, even in case of failure to possess a complete set of limbs, the person seemingly comprehends the pain experienced in one of them by someone else. This is the way the brain functions but it supposedly alters the way it does the process.

The analysis is a part of the study that maps out the source of the brain which creates empathy, even in case of different physical properties from the other person. The findings suggest that empathy for a person with whom the latter can directly relate is generally produced by the instinctive and sensory-motor parts of the brain. On the other hand, experiencing empathy for someone with whom the person cannot directly relate to is dependent on the rationalizing portion of the brain.

“Though they are engaged to differing degrees depending on the circumstance, it appears that both the intuitive and rationalizing parts of the brain work in tandem to create the sensation of empathy. People do it automatically,” commented Aziz-Zadeh, assistant professor at USC’s Division of Occupational Science and Occupational Therapy.

In one of the trials, the scientists presented videos of jobs being undertaken by hands, feet, and a mouth to a woman devoid of arms or legs along with a group of 13 women developed typically. The videos displayed activities like a mouth eating and a hand holding an object. There were certain videos depicting pain too, in the form of injections administered in varied regions of the body.

As the participants witnessed the videos, their brains were scanned using functional magnetic imaging (fMRI). The scan reports were then compared that disclosed the various origins of empathy. Also, when the congenital amputee watched the videos of work being performed by using areas of the body that she did not possess, but which was possible for her too, the sensory-motor region of her brain appeared to be still very much involved in the process. In one such example, the participant holds the substance by using a stump collectively with her chin in place of a hand. If the objective was unattainable for her, then another group of brain portions engaged in deductive reasoning were presumably activated.

The study is published online by Cerebral Cortex.