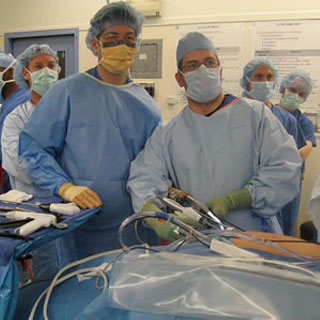 Of late, kidney preserving surgeries have become a standard for treating renal cell carcinoma. The latter is a urological condition that is apparently not rare. According to the scientists at the University of California, San Diego School of Medicine, kidney conserving operations seemingly have a positive influence on both, the chronic kidney disease as well as bone health, especially for women.

The surgery referred in this analysis is partial nephrectomy where suitable kidney tissue and healthy cells are saved that prohibits further kidney problems. This will apparently guard against kidney dysfunction, muscle wasting and osteroporosis too. It is considered to be better than complete removal of kidney which in some cases even leads to death.

“When weighing the risks and benefits of partial versus radical nephrectomy, doctors and patients should take into account the impact on a patient’s bone health. This study illuminates the fact that preserving the kidney helps to prevent chronic kidney disease and significantly reduces bone fractures and risk of developing osteoporosis,” specified Ithaar Derweesh, MD, senior author and urologic oncologist at UC San Diego Moores Cancer Center.

According to co-author Christopher Kane, women who are about to undergo a kidney surgery must consider partial kidney removal as an alternative that may help in lessening brittleness of bones. Many urologists are known to perform radical nephrectomy when they could have conducted partial nephrectomy. Though the latter is more complicated, it is likely to enhance the patient’s quality of life in the long run.

The study was published in the July 19 edition of Urology.