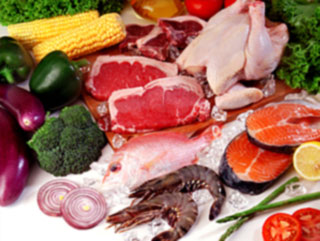 Salmonella, E-coli and listeria are food borne bacteria that are known to cause numerous illnesses. A team of researchers from University of Minnesota has uncovered a naturally occurring lantibiotic that is a kind of peptide produced by harmless bacteria. The latter can be supposedly combined with foodstuffs to kill negative bacteria like Salmonella, E-coli and so on.

This lantibiotic is a natural preservative that is known to kill gram-negative bacteria, specifically the hazardous types. This peptide is touted to be used in meats, processed cheese, egg, dairy products, canned foods, seafood, salad dressing, fermented beverages and many more to prohibit infectious organisms. The advantages of the aforesaid preservative are not limited to safety alone. It is seemingly easy to digest, non-toxic, non-allergic and the bad bacteria may not find it simple to oppose the function of lantibiotic.

“It’s aimed at protecting foods from a broad range of bugs that cause disease. Of the natural preservatives, it has a broader umbrella of bugs that it can protect against,” commented Dan O’Sullivan, a professor of food science and nutrition in the university’s College of Food, Agricultural and Natural Resource Sciences.

The recent dangerous salmonella outbreak calls for such preservatives with shielding effects. According to Shaun Kennedy, director of the National Center for Food Protection and Defense, salmonella seems to play a major role in food-borne illnesses. Last fall witnessed the deadly epidemic of eggs infected with the latter. This was apparently the greatest food contamination in 2010.

Salmonella and E. coli are gram-negative bacteria, which cause more than half of all health issues arriving from food in the United States. The Centers for Disease Control and Prevention, disclose that salmonella is related to nearly 28 percent of above 3,000 deaths caused due to food contamination annually.