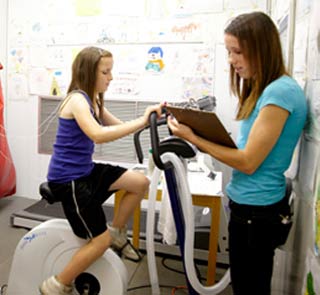 Dehydration has just one solution as per experts say, drink lots of water. Is it soon to be replaced by milk? McMaster scientists have disclosed that milk may be an effective way to combat dehydration in active kids rather than sports drinks or water.

The study involved children in the age-group of 8 to 10. They were made to exercise in a climate chamber and subsequently given a drink. Their hydration levels were then measured.

“That’s particularly important during hot summer weather. Children become dehydrated during exercise, and it’s important they get enough fluids, particularly before going into a second round of a game. Milk is better than either a sports drink or water because it is a source of high quality protein, carbohydrates, calcium and electrolytes,” remarked Brian Timmons, research director of the Child Health and Exercise Medicine Program and principal investigator of the study.

He further stated that milk supplants sodium which escapes in sweat and aids the body to sustain more fluid. Apparently, it is also a provider of protein that is an essential ingredient for muscle building and development. This is supposedly not found in other refreshing drinks. As per Timmons, an assistant professor of pediatrics in the Michael G. DeGroote School of Medicine, active children and adults normally do not consume sufficient water to retain the natural levels of hydration while working out. This seems to put them at a hydration disadvantage as they begin their next round of exercising. He added that even 1 percent dehydration may cause up to 15 percent reduced performance along with elevated heart rate, basic temperature and less energy to continue. Increased dehydration may also be linked to heat-related illnesses like heat stroke.

The analysts are now planning to enroll teenagers aged 14 to 16 for a second stage of the study.