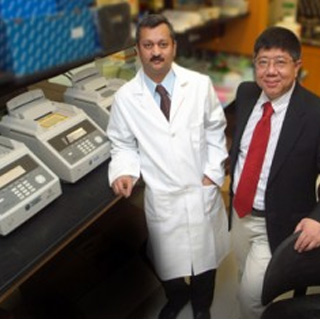 Doctors can now identify children who will later develop type 1 diabetes, thanks to the following discovery. Georgia Health Sciences University scientists claim that blood levels of interleukin-1 receptor antagonist or IL-1ra, can help recognize children with higher chances of being diagnosed with type 1 diabetes. It was suggested that protein deficiency affects immune function and destruction of insulin-producing islet beta cells.

Scientists believe that IL-1 inhibitors can avert the development of this condition. It is assumed that IL-1ra help decrease inflammation. IL-1 inhibitors have been already employed in the battle against rheumatoid arthritis, where inflammation destroys joints. Investigations are being conducted to figure out whether the inhibitor can halt the islet cell destruction that occurs in type 1 diabetes as well.

Reportedly, IL-1ra competes with its counterpart IL-1beta for the IL-1 receptor. In type 1 diabetes, inflammation-promoting IL-1beta apparently wins. Dr. Sharad Purohit, biochemist in the GHSU Center for Biotechnology and Genomic Medicine and colleagues note that type 1 diabetes typically affects by puberty, as the body’s immune system turns against the pancreas’ insulin-producing cells. The research findings allegedly have great significance in the health section.

A three-year grant from the Juvenile Diabetes Research Foundation has been offered to explore the hypothesis in the blood of about 2,500 children and diabetic mice.