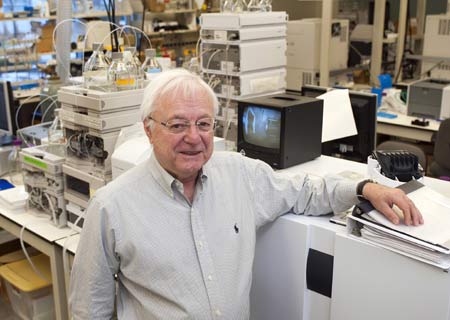 A recent report revealed that weight training could help individuals suffering from Parkinson’s disease improve their motor skills. This research by Purdue University professionals has disclosed that a mutation in a protein seemingly closes down a shielding function required for prohibiting the death of neurons in Parkinson’s disease.

The protein DJ-1 is apparently shut down by means of a slight mutation in Parkinson’s patients. The team accessed a new quantitative mass spectrometry technique to analyze the normal and the mutant protein.

According to the observations, a substitution in one region of the cascade of amino acids appeared to render the protein incapable of protecting neurons in the disease. This seemingly led to the formation of clumps that push the neurons to death in patients.

“The saying that you are only as strong as your weakest link appears to hold true in the case of the chain of amino acids that make up a protein. The magnitude of the effect of this subtle change is surprising. It can make the difference between having a disease and being healthy,” commented Fred Regnier, the J.H. Law Distinguished Professor of Chemistry.

The researchers also found that optimum oxidation of the aforesaid protein may play a substantial role in inhibiting the progression of Parkinson’s disease. The right amount of oxygen needs to reach the location of cells to activate the protective ability of the protein, the scientists added. Too much or too little oxygen may lead to complications in patients.

Basically, the analysts urged that professionals need to assess oxidized, non-oxidized and over-oxidized forms of DJ-1 as an important step towards designing therapeutic options for the condition. The research is published in the journal, Molecular and Cellular Proteomics.