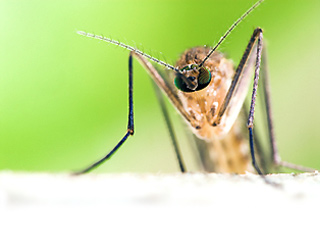 The West Nile Virus has spread quickly through North America over the past decade and may be life-threatening to those with susceptible immune systems. Now, scientists from Yale and McGill University have apparently discovered a protein that is essential in combating mosquito-borne West Nile Virus in mice.

These findings are anticipated to have therapeutic implications for regulating the potentially deadly virus among humans. Researchers examined the role of caspase-12 which is a protein that seemingly activates secretion of substances part of the body’s immune response. Caspase-12’s function in fighting bacterial infection has been analyzed before, however its role in viral immunity is not yet encroached.

Scientists identified that caspase-12 stimulated the signaling of RIG-I which is a protein of the immune system. It may detect viral infection by noticing its genetic components. This discovery pattern is essential to trigger the immune system’s response to the West Nile Virus.

“Our results now set the stage for the development of pharmacological compounds to boost the activity of caspase-12 in promoting virus elimination,” remarked co-author Maya Saleh, Ph.D., assistant professor of medicine at McGill University and medical scientist in the Division of Critical Care at the Research Institute of the McGill University Health Centre. “These findings have significant potential to be translated into therapies.”

The findings may break open possible avenues of potential research on whether the human immune system can be regulated in the same way.

It appears in the advance online publication of Nature Immunology.