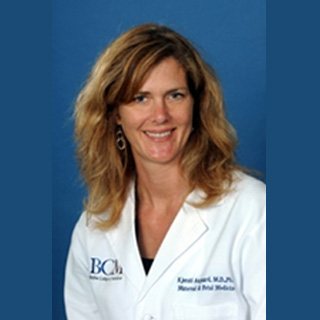 A new study has discovered that the addition of a ‘genetic sonogram’ seems to maximize the accuracy of non-invasive testing for Down syndrome.

Noninvasive screening for Down syndrome in addition to the other major fetal genetic or chromosomal abnormalities in the developing baby apparently involves a specific early ultrasound and series of tests. These tests may perhaps be for biochemicals in the mother’s blood at particular times during pregnancy. Depending on the institution and clinic, tests are noted to be performed during the first and/or second trimesters of pregnancy.

Optimally, non-invasive screening could possibly include that a preliminary ultrasound to detect nuchal translucency occurs late in the first trimester. The test is known to measure the clear or translucent space in the tissue at the back of the fetus’ neck. If there is an abnormality, fluid may get accumulated in the back of the neck thereby making the nuchal fold area larger.

During the study, Dr. Aagaard-Tillery along with her colleagues was believed to have screened over 8,000 of the nearly 39,000 pregnant women. These expecting mothers appear to have taken part in the FaSTER trial of screening for chromosomal abnormalities i.e. aneuploidy. FaSTER is known to stand for First and Second Trimester Evaluation of Risk.

Lead author of the study, Dr. Kjersti Aagaard-Tillery, assistant professor of obstetrics and gynecology at Baylor College of Medicine (BCM) said that, “We wanted to be able to definitively describe the detection and accuracy of noninvasive prenatal screening for the detection of Down syndrome. Using our data generated in the most comprehensive study performed to date (the FaSTER trial), we demonstrated that the addition of a genetic sonogram to all modes of screening in pregnancy allows for optimal noninvasive prenatal detection of Down syndrome.”

The tests ordered and the combinations appear to have varied among institutions and clinics. These tests are believed to have been frequently used as a basis for counseling women on the option of the more invasive but definitive tests. These tests supposedly include amniocentesis and chorionic villus sampling.

Amniocentesis is known to involve directly measuring the chromosomal material in fetal cells found in the fluid inside the uterus whereas chorionic villus sampling is an earlier means of obtaining fetal cells from tissue found in the placenta. Moreover, each seems to be the definitive means of testing for genetic or chromosomal disorders that affect the fetus.

However, each of these invasive tests appears to carry risk for potential complications. Thus, many pregnant women are known to seek to avoid those chances if at all possible. Because of this, scientists seemed to have spent several decades optimizing non-invasive prenatal diagnostic screening.

One major component of this screening program was observed to have come to include the ‘genetic sonogram.’ A genetic sonogram supposedly is simply a sophisticated ultrasound that details the fetal anatomy in the second trimester. This could in turn look for the presence of major fetal anomalies or specific anatomic features so-called ‘soft markers’ that may be found in a child with Down syndrome.

“Because we build off of the FaSTER trial, our reported adjusted risk measures we describe in this manuscript serve as definitive evidence that the sonogram improves the sensitivity of detection (making it less likely that a Down syndrome diagnosis would be missed) and also decreases the false positive rate. Combining this with first or first and second trimester screening for biochemical markers gives us the maximal capacity to detect Down syndrome in a noninvasive fashion,” elucidates Aagaard-Tillery.

They found that the detection rate of Down syndrome babies seemed to have varied from approximately 69 percent for the genetic sonogram alone to as high as 98 percent with certain combinations of the biochemical markers.

More significantly, the improved detection rate was observed to have accompanied by a decrease in the screening tests false positive rates or falsely stated risk of Down syndrome in a normal pregnancy.

The authors claimed that they did not miss a single case of Down syndrome with their overall screening program, which included an option for invasive testing. On the basis of the findings, they hope that this may perhaps serve as the definitive study with which clinicians can dependably inform women of their risk in a non-invasive fashion with presently available technology.

At the end of the study, the authors wanted to give women a very apparent take-home message as to how a genetic sonogram could be able to improve accuracy of screening and detection of a Down syndrome baby.

Further, they seem to have allowed women and their providers the unparalleled ability to maximize detection and minimize false concerns. This was possible because they compared the detection and false positive rate of every existing screening strategy with the addition of genetic sonogram.

Moreover, this study is known to justify what many high-risk obstetricians have done for years and provide advanced screening estimates. Apparently, it completes the spectrum of ‘informed choice.’

The findings of the study have been published in the journal, Obstetrics and Gynecology.