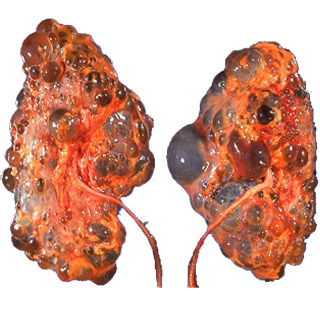 The below story surely reassures my faith in the fact that “humanity still exists” even in this date and time.

The sales manager of a Long Island banquet hall in New York readily offered to donate a kidney to Matt Fulgieri, a former customer, who was suffering from Polycystic Kidney Disease and was close to being on the death bed due the ailment.

Polycystic Kidney Disease, also called Polycystic Kidney Syndrome (PKD) is a progressive, genetic disorder of the kidneys in humans and other organisms. Multiple cysts in both kidneys are observed in this disease. It can also damage the liver, pancreas, and rarely, the heart and brain.

PKD was the reason behind Fulgieri’s mother’s, grandmother’s and brother’s deaths. Residing in Astoria, Queens, the 42-year-old insurance broker is a father of two young boys. Before the kidney transplant, doctors had given him only two weeks to live. But his life took a turn for the best when Rick Bellando stepped in. The donor got acquainted with Fulgieri after booking his 2002 wedding at Oheka Castle in Huntington, Long Island.

At first, Fulgieri was skeptical about accepting the offer, as Bellando himself had three little daughters and he didn’t want anybody with children to get tested. However, as the days were coming to an end, Fulgieri realized that it was necessary to accept Fulgieri’s kidney.

Fulgieri said, “He was amazing. He was always calm, almost angelic. He never made me or my family feel uncomfortable.”

The surgery was performed on November 6th and both of them have already headed back to work. “I feel great, really good and it will be seven weeks tomorrow,” Fulgieri said.