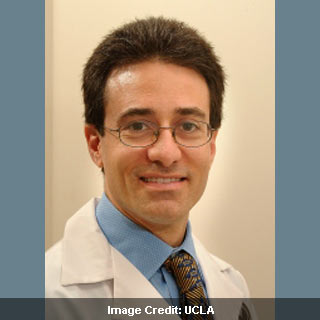 Fish oil was recently reported to be having protective attributes against bipolar disorder. Now, this study by experts from the University of California (UCLA) has shown that men who consumed a low fat diet constituting fish oil supplements for a span of 4 to 6 weeks prior to having their prostate removed seemingly had lower cancer-cell growth in their prostate tissue than those exposed to a traditional high-fat western diet.

As per the outcomes, the cell membranes in the prostates of men who consumed a low-fat, fish supplement diet seemingly had elevated proportions of omega-3 fatty acids from corn oil which could have a sharp impact on the composition of cells. The latter were found in healthy cells as well as cancerous cells in the prostates of the aforesaid group of men. However, further trials are needed to affirm this knowledge. Moreover, the blood obtained from patients who received the low-fat fish oil diet appeared to delay the development of prostate cancer cells in a test-tube, unlike the blood obtained from men on a high fat diet.

“The finding that the low-fat, fish oil diet reduced the number of rapidly dividing cells in the prostate cancer tissue is important because the rate at which the cells are dividing can be predictive of future cancer progression. The lower the rate of proliferation, the lesser the chances that the cancer will spread outside the prostate, where it is much harder to treat,” commented Dr. William Aronson, the study’s first author and a researcher with the Jonsson Cancer Center.

The lead scientist calculated the proliferation of cancer cell division by staining tissues attained from the radical prostatectomy samples with an antibody. They were then pitted against Ki-67 which is a protein that contributes to cell-cycle progression and growth. The study which constituted nearly 48 men showed that a diet comprising low fat and fish oil lowered Ki-67 levels in the prostate. High amounts of Ki-67 in the prostate have been found to cause tumor growth with more likelihood of death too.

But Aronson cautions that no dietary recommendations can be made based on this small-scale study. The team has plans of testing this kind of low fat diet in a set of 100 men with prostate cancers. The findings are published in the journal, Cancer Prevention Research.