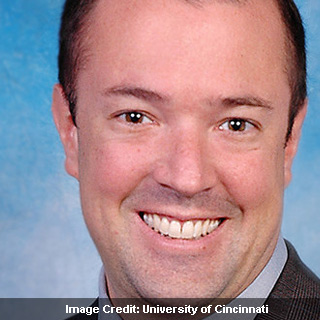 Sometimes it may happen that therapy designed for one specific region could be useful for other areas also. Well, therapy intended to enhance arm function in stroke survivors may influence their language skills and stimulate brain regions equivalent to both motor and language role. At least this is what a study from University of Cincinnati claims.

The study was performed at Drake Center, a 314-bed rehabilitation facility associated with UC. The study team is apparently dedicated to craft and examine new interventions for stroke and spinal cord injured patients.

Stephen Page, PhD, associate professor in the College of Allied Health Sciences rehabilitation sciences department, commented, “Although there are likely redundancies and interconnections between different functional brain areas, such as those corresponding to movement and those of speech), the assumption in science has always been that when I’m doing an arm study, I’m just instilling changes in the arm.”

He added, “This study suggests that clinicians and researchers working in stroke recovery may wish to monitor other domains of function, even when the therapy being delivered only targets one particular domain, such as speech or movement. There may be additional, functionally relevant changes occurring that are being missed. Also, if we can affect multiple body systems with a single therapy, we need to know this; it could potentially make therapy efforts more efficient.”

Page and his colleagues supposedly observed patients who showed arm weakness on one side following stroke, a state called hemiparesis. They were apparently examined for arm function as well as language skills prior to and post six weeks of everyday arm training. This was performed using measures of movement and speech impairment, with useful magnetic resonance imaging (fMRI) monitoring alterations in the brain.

It was seen that every patient supposedly illustrated better motor and language facilities, even though the six-week therapy appeared to aim only arm movement. Fascinatingly, patients demonstrating the maximum improvement on the arm examinations also seemed to exhibit maximum development on the language evaluation.

The study would be presented at the American Stroke Association’s International Stroke Conference 2010 in San Antonio.