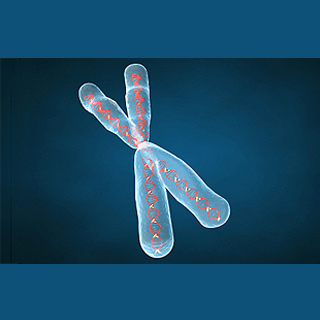 A Yale School of Medicine study claims to have found that the molecular caps at the end of the chromosomes that guard humans against cancer and premature cellular aging seems to exhibit an astonishing incapability to defend themselves against ultraviolet radiation. For telomeres, the repeat sequences of DNA at the end of chromosomes, the odds of them to be impaired by UV radiation than other general cellular structures are said to be more.

As cells split over a lifetime, telomeres are seemingly inclined to wear down, and the ensuing unsteadiness of chromosomes may result in issues such as augmented danger of cancer. As telomeres shorten, cells apparently start to age, worsen and ultimately die. Given their significance, experts anticipated telomeres to have strong defense mechanisms.

Douglas Brash, professor of therapeutic radiology, genetics and dermatology, an expert for the Yale Cancer Center, and senior author of the study, commented, “This damage is not repaired. It is as if the cell has decided to defer maintenance to the telomeres.”

Brash and Yale postdoctoral expert Patrick Rochette, now assistant professor at Laval University, Quebec, examined the theory by flooding human cells with ultraviolet radiation. They apparently discovered 10 times more DNA impairment in telomeres as compared to the p53 gene, to a gene programming a subunit of the cell’s ribosome or to mitochondrial DNA. And also the injury to the telomeres was seemingly not mended.

Brash mentioned, “There may be many reasons for this, but it looks like the medicine might be worse than the disease.”

An overly healthy reaction to repair impairment at the tips of the chromosome could activate even larger troubles for the cell like causing breaks in the double strands of DNA, Brash pondered. The approach, nevertheless, is not devoid of risk. Over many years, the hoarded damage may make the telomeres harder to duplicate when the cell splits, thereby ultimately resulting in cell aging and death.

The study was published in the journal PLoS Genetics.