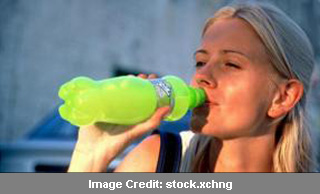 When it comes to weight loss, even perfectionists may go wrong. Presenting a perfect example of turning the tables, a study by Temple University professionals has shown that many Philadelphia high school students seemingly resort to certain means in a bid to shed kilos, but end up impeding the goal rather than winning it.

The report states that almost 14% of Philadelphia’s high school students fall under the obese category. The analysis is part of the Philadelphia Youth Risk Behavioral Survey where information from nearly 44,000 young adults with varying heath actions was referred. Some behaviors like recent smoking episodes, weekly physical exertion, everyday soda consumption and hourly sedentary activities were analyzed.

“From a health education standpoint, finding out that three-quarters of students who are obese want to lose weight is exactly what we want. But the behavior they’re engaging in is puzzling; it’s counterproductive to what they’re trying to do,” opined public health doctoral candidate Clare Lenhart.

The results showed that almost 75% of the teens reportedly wished to lose weight but were likelier to indulge in smoking. On the other hand, females seemed to be involved in 60 minutes or more physical activity daily but succumbed to regular soda on an everyday basis. Males working towards restraining obesity were apparently exposed to almost null physical activities and appeared to engage in more than 3 hours of video games each day.

Lenhart added that the motivation seen in youngsters for losing weight is encouraging. However, health care practitioners have an important role to play and ought to guide teens into more beneficial weight loss efforts.

The analysis was presented at the American Public Health Association.