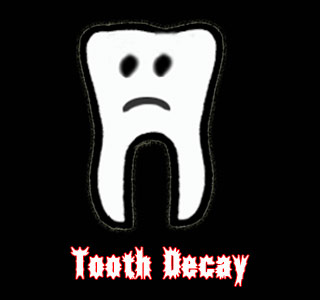 Dental hygiene is very essential for maintaining one’s oral health. This norm holds true for small children as well. In the absence of proper hygiene cavities can form in the teeth, which if untreated, could result in tooth decay. However children may be protected from this plight through the use of Xylitol oral syrup. Peter Milgrom, D.D.S., of the University of Washington, Seattle, and colleagues believe that this naturally occurring sweetener may prevent tooth decay in small children.

Cavities (caries) formed in early childhood are also known as baby bottle tooth decay. Evidently there is a growing increase in the frequency of the occurrence of such caries in early childhood, especially in the poor. The experts state that, by acting as an antibacterial agent against the cavity-causing organisms, the xylitol syrup notably reduces toddlers’ chances of developing tooth decay.

“Poor children experience rates twice as high as those of their more affluent peers, and their disease is more likely to be untreated. Poor oral health affects diet and nutrition and significantly diminishes quality of life. However, tooth decay is a disease that is largely preventable,” state experts.

Earlier evaluations were noted to have revealed that chewing gum or lozenges containing xylitol could prevent tooth decay in people with permanent teeth. In order to better evaluate the effect of this naturally occurring syrup, the experts from the present study conducted an analysis on more than 90 infants, falling between the age group of 9 to 15 months. This evaluation was conducted in a place where early childhood tooth decay is notably a major health issue, in the Republic of the Marshall Islands.

These evaluated infants were noted to have been categorized into three groups. The first two groups of toddlers were believed to have daily received 8 grams of xylitol syrup in different doses. Some infants were provided with this syrup twice a day while some received their dosage thrice every day. On the contrary, the third group of infants was believed to act as controls and was given only a small amount of the syrup.

After a period of almost 10½ months, various observations were made in the different groups of infants. It was noted that on an average 24%, 40% and 51% of the infants had developed tooth decays in the first, second and third groups respectively.

The investigators elucidate, “Our results suggest that exposure to xylitol (8 grams per day) in a twice-daily topical oral syrup during primary tooth eruption could prevent up to 70 percent of decayed teeth. Dividing the 8 grams into three doses did not increase the effectiveness of the treatment. These results provide evidence for the first time (to our knowledge) that xylitol is effective for the prevention of decay in primary teeth of toddlers.”

Deeper analysis may be required to develop various new ways of improving public health. Having said this, it was also noted that the xylitol syrup may have a great likelihood of being useful as an effective and economical way of preventing tooth decay in regions where a large number of people may be suffering from this disease.

This study has been published in the Archives of Pediatrics and Adolescent Medicine.