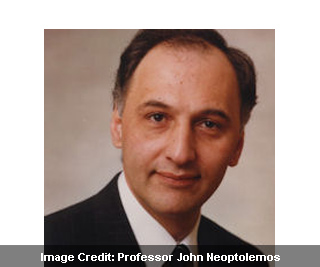 Previously we reported how two types of cells change mutually and interact in the development of cancer. Now, an international trial led by experts from the University of Liverpool revealed that a commonly used chemotherapy drug is apparently as efficient at helping pancreatic cancer patients returning after surgery as compared to the costly standard chemotherapy treatment.

This analysis is anticipated to raise hopes that a new trial looking at giving both drugs after surgery may pave a path towards a more efficient treatment for pancreatic cancer who may be entitled for surgery.

Professor John Neoptolemos, from the Institute of Translational Medicine, commented, “Until now the best way to treat pancreatic cancer has been unclear. But these results are the first to directly compare these two chemotherapies and show undoubtedly that they are both as effective as each other.”

Pancreatic cancer is known to be the tenth most common cancer in the UK and around 7,800 people are diagnosed with the disease every year. However, survival rates continue to be an important issue as only three percent patients may survive for more than five years. Scientists share that the five year survival increases to around ten percent mainly for patients suitable for surgery.

John further added, “Importantly this means patients now have a backup in case their cancer fails to respond to the first line of treatment. We‘ve already launched a new trial investigating whether combining the two treatments could be even more effective and prolong life. We’re still a long way from being able to reduce the number of people who die from this disease, but this research is a vital step in the right direction.”

The European Study Group for Pancreatic Cancer (ESPAC)-3 analysis claims to be the largest and enlisted 159 centres in Europe, Australasia, Japan and Canada which between them recruited 1088 patients who had undergone surgery for pancreatic cancer. Scientists shared that one group received the standard treatment of a chemotherapy drug known as gemcitabine. The second cluster received a cheaper and widely available drug called 5-fluorouralcil (5-FU) which is seemingly used in cancer treatment.

The results highlight that 5-FU may now be considered one of the standard options for the treatment of patients with this disease. Experts build on previous findings which apparently suggested that patients who had surgery and chemotherapy had a greater chance of survival as compared to those patients who only had surgery.

These findings will be published in the journal of the American Medical Association.