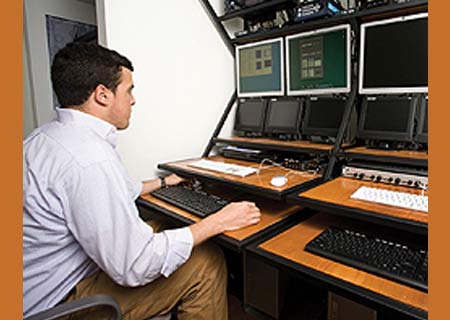 When we are engrossed in any sort of activity, all bodily senses such as visual, aural and emotional are activated. But, does any kind of abnormality in the process signify diseases such as autism? In this new research by scientists at the Marcus Autism Center, Yale University and Emory University, a new method to gauge how children affected by autism absorb situations around them was trialed.

For the research, children aged 2 or above were exposed to videos of kids playing. The team found that the subjects blinked less than they did prior to and after watching the videos. In another subsequent study, almost 93 children were made to witness a video of a girl and boy playing, while their blinking duration was noted.

As per the observations, children suffering from autism apparently blinked less while witnessing physical objects and moving things. Typical children seemed to restrain from blinking at brief moments, especially during emotional scenes.

“When we blink, we lose visual information. Our eyelids close. We’re not conscious of the timing of our blinks, but they still impact the visual information we take in,” remarked Sarah Shultz, a graduate student in the Psychology Department at Yale University.

This analysis could lead to better understanding of how autistic kids perceive the things they watch. This study also explained the normal human perception of things. In case of children experiencing developmental delays and those who have difficulty communicating, this idea will enlighten scientists on the kid’s experience and eventually help in their learning process.

The report is published in the journal, Proceedings of the National Academy of Sciences.